RF/microwave industry pioneer, philanthropist, and Mini-Circuits’ beloved Founder and CEO, Harvey Kaylie passed away peacefully on the morning of May 30th, 2018.  He is survived by his wife, two daughters, eight grandchildren, and two brothers.  He will be deeply missed by the thousands of colleagues, partners, and friends whose lives he enriched.

Harvey Kaylie defined the vision and established the strong values that have propelled Mini-Circuits’ success and growth for the last fifty years from a one-man startup in the kitchen of his Brooklyn apartment to the thriving global enterprise it is today.  A native of Brooklyn, he earned his BSEE from the City College of New York and his MSEE from New York University.  He held engineering positions at companies including IT&T, Amperex, Fairchild, and Airborne Instrument Laboratories (AIL) before making a bold decision to start his own company. 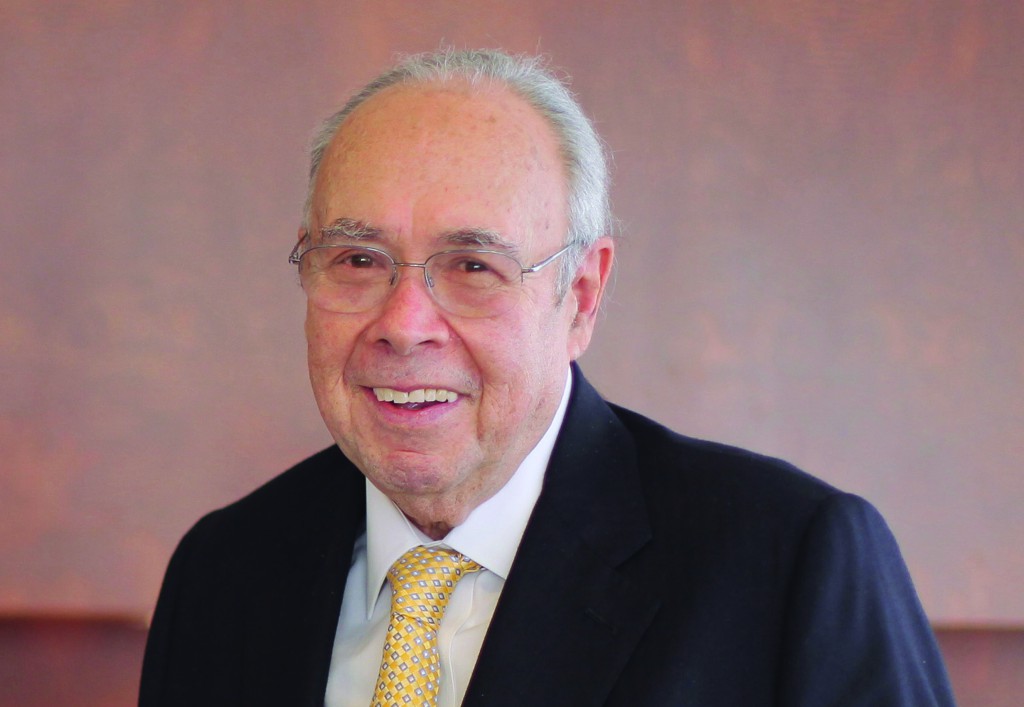 He founded Mini-Circuits in September of 1968 with an ambitious goal to manufacture RF and microwave products at substantially lower cost than the market offered at that time by focusing on quality and process.  His early efforts led to the development of a new line of mixers, transformers, and passive RF components, which became an international success, fueling Mini-Circuits’ precipitous growth while in many ways revolutionizing the industry itself.  His success helped transform a niche, low-volume cottage industry into the sophisticated, process-driven industry that provided the volume, quality, and price needed to support the proliferation of wireless technology throughout the modern world.

Beyond his work as a business leader at Mini-Circuits, Harvey dedicated his life outside the company to philanthropy.  In 1999, he and his wife, Gloria Kaylie established the Harvey and Gloria Kaylie Foundation to support organizations involved in education, health, cancer research, and support for individuals with disabilities, among other causes.  In 2010, Harvey established the Kaylie Prize for Entrepreneurship at the City College of New York, awarding startup capital for students with promising electronic hardware inventions to launch entrepreneurial ventures.  Also in 2010, he and Gloria Kaylie opened Camp Kaylie, a summer camp in upstate New York devoted to inclusion of children with special needs.

A Legacy of Dedication to Customers, Company, and Community

As Mini-Circuits has grown to meet the evolving needs of customers, offering the industry’s largest selection of RF/microwave products, the company has stayed true to Harvey’s simple formula for success: manufacture quality products, sell them at a very competitive price, and provide fast delivery with strong service and support.  His relentless pursuit of innovation and continuous improvement, his commitment to world-class quality and customer service, and his passionate work ethic will always remain deeply rooted in Mini-Circuits’ company culture, as will his strong values of personal integrity, respect for all people, and altruism.

Harvey’s daughter, Alicia Kaylie Yacoby wrote in a letter to Mini-Circuits employees, “He believed strongly that Mini-Circuits is not just a company, but also a family, and that was how he treated his team members.  As we mourn Harvey’s passing together as a family, we draw purpose and inspiration from his remarkable life, and we celebrate all he accomplished for Mini-Circuits and for the greater good in the world.”

Mr. Kaylie exercised great diligence to reinforce Mini-Circuits’ future security and prosperity.  Over the past several years, he focused on developing, implementing, and overseeing a seamless transition of company management to a professional leadership team while maintaining continuity and stability as a private company owned exclusively by Kaylie family members, who remain committed to supporting all of Mini-Circuits’ partners, including customers, employees, and suppliers.  With this firm foundation, Harvey set the groundwork for Mini-Circuits’ further growth and expansion within its current markets.

While the entire Mini-Circuits family mourns the loss of an extraordinary leader, mentor, and friend, we look forward to making Harvey proud and driving Mini-Circuits to new levels of excellence as we move forward together.

tags: Harvey Kaylie Mini-Circuits
previous $71.5 Billion Worth of Opportunities for Electronic Test and Measurement
next Filters and the Problem of RF Pollution