The AR family of companies has announced that John Kim has been promoted from Vice President of Corporate Operations to Chief Operating Officer of AR. Mr. Kim was appointed COO in July of 2018 and has assumed responsibility for AR RF/Microwave, AR Modular RF, AR Europe and SunAR RF Motion. 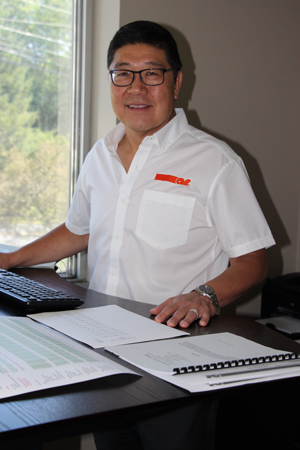 A major step in the company’s succession plan, this appointment signals a strategic move to position AR for continued success moving forward.

“AR is deeply committed to providing ongoing service to the EMC Industry. That’s been our focus since Donald Shepherd started the company 49 years ago, ” Kim says. “Next year we will be celebrating our 50th Anniversary and our next priority is to augment the value that we deliver to our customers in this market space; we continue to look forward to serving our customers in the EMC market.”

John Kim joined AR in 2016, observing the procedures and learning the culture of this leading brand and world-class company before ascending to Chief Operating Officer.

He holds a Graduate Finance Certificate from Southern Methodist University, a Master of Business Administration degree, and a Bachelor’s degree in Mechanical Engineering.