Fiber is Essential for 5G, but is there Enough? 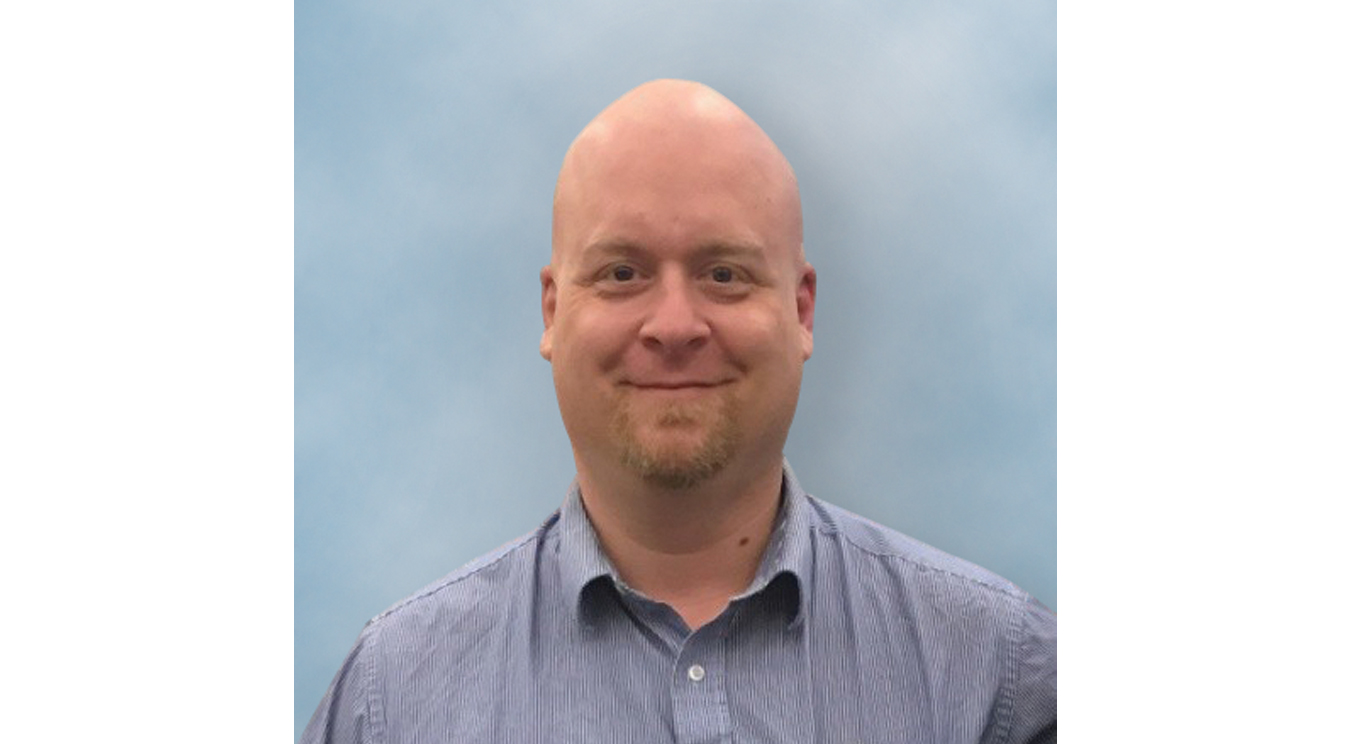 There’s been enough written about the 5G “wireless revolution” to fill an encyclopedia, but one of the least publicized technologies that will determine its success is wired, not wireless. I’m referring to optical fiber, without which the low latency and extremely high data rates promised by 5G simply won’t be achievable.

Wireless carriers have used fiber for years, using the Common Public Radio Interface (CPRI) and soon enhanced CPRI (eCPRI), as well as other optical schemes and microwave links for fronthaul, midhaul, and backhaul. But 5G presents a very different challenge than its 4G predecessor, as it will require more fiber in more places to serve 5G’s massive number of small cells, while accommodating data-intensive applications such as gaming, 4K video streaming, and virtual reality.  All of these applications will generate orders of magnitude more data than seen today.

In addition, because millimeter-Wave signals only propagate over line-of-sight distances of several hundred feet, 10 to 100 times more base stations will be required to achieve low latency and coverage “everywhere.” Microwave links will remain a cost-effective solution for data transport, especially in rural areas (and when spanning long distances), but only fiber has the bandwidth potential to provide the required capacity which is essential as 5G spreads its wings. The question is:  will there be enough to go around?

This might seem surprising, considering the millions of miles of fiber deployed throughout the country.  Until recently, a substantial portion of it was “dark” and unused. So, logic dictates that there should be plenty of available fiber available—but that’s not entirely the case. To understand why, some history is in order.

Before the “dot-com bust” in 2001, fiber was being rolled out to support the expected expansion of the Web at a cost (depending on the source) from $100 billion to $200 billion. The result was about 39 million miles of fiber in the United States, enough to circle the earth 1,566 times. The companies deploying this fiber knew that traffic growth might stall, but at the time this seemed unlikely. Given the process of deploying fiber, it was less expensive to roll out more fiber than needed initially, rather than too little. Once deployed, fiber can remain dark with minimal overhead, so this was a risk worth taking.

When the dot-com-fueled recession occurred, analysts and the media made dire projections about when—or even if—this cable would ever be used. Merrill Lynch noted that only about 2.6% of it was lit, and a 2001 EE Times headline asked, “Is the Fiber Glut for Real?” The Wall Street Journal even compared the situation to the overbuilding of railroads in the late 19th century. Corning shut down some of its fiber manufacturing, and revenue for manufacturers throughout the optics industry in general was in steep decline. Some of the most significant players in the business suffered extraordinary losses and others simply vanished. Market analyst Dell’Oro Group predicted that the global market for fiber would decline by 23% until 2003, at which point the trends might reverse.

The dire predictions of fiber remaining dark “forever” turned out to be wildly exaggerated as Web traffic continued to increase and has accelerated ever since. This would lead some to theorize that there would be enough fiber remaining for 5G usage, given how little was “lit” initially. However, fiber plant deployments in America were not uniform in their footprint, but built-out in the places where potential revenue supported it. As a result, rural areas of the U.S. have very little or no fiber infrastructure, as the build-outs did not justify the construction costs or the investment. As a result, more than 20 million Americans still don’t have what the FCC considers broadband—25 Mb/s in the downlink and 3 Mb/s in the uplink. Without fiber, they won’t have 5G either.

A widely-publicized report from Deloitte Consulting in 2017 estimated that the U.S. will need $130 to $150 billion more investment in fiber in the next 7 years to support broadband competition, rural coverage, and the wireless infrastructure densification required for 5G. The Wireless Broadband Association translates this into 1,390,816 miles of fiber to provide full 5G service—in the top 25 metropolitan areas alone. Statistics are few concerning how much will be needed to provide 5G everywhere, but it’s reasonable that the total could be a much higher amount than this.

Fortunately, AT&T, Verizon, Google, and other companies are deploying fiber today at high rates, new techniques have been developed to make trenching easier and more robust (after some horrendous trenching failures), and there’s hope that the bottleneck caused by feuds between state and local government officials, utilities, wireless carriers, and fiber operators have finally been settled.

In the U.S., the infrastructure to support the deployment of fiber optic cabling, such as utility poles, may be owned by the local government, municipal electric company, or private entity, alone or in combination. Before any company can add something to them, like fiber optic cables, splitter or splice nodes, etc., modifications are typically required to accommodate the addition. This is a process called make-ready work. Federal law requires that this work must be performed only by contractors approved by each service whose equipment is attached to the pole. As a typical pole will have electrical, telephone, fiber, and cable on it, multiple contractors must coordinate their schedules.

Not surprisingly, the make-ready process can take months and in the worst cases, even years to complete. Without any rules at the federal level, states and municipalities have created their own. Cities such as Atlanta, Louisville, Nashville, and San Antonio have been involved in litigation as various parties disagreed with these rules or took issue with how the make-ready process was unfolding. In addition to utility poles, other problems arise in negotiation for authorization to use public and private rights-of-way, as well as ducts and conduits within commercial, government, and residential buildings.

The logjam was broken by last year’s FCC One-Touch-Make-Ready (OTMR) rule that gives states two choices:  the state can either pass legislation authorizing the FCC to regulate their utility poles, or create their own regulatory agencies to do so. This, of course, has produced other lawsuits, some still ongoing, although about half the states have mostly settled the issue. Meanwhile, the clock ticks forward as 5G rollouts accelerate and the need for more fiber grows.

Light at the End of the Fiber

The news isn’t all bad, because optical technologies have advanced over the years to allow more traffic to be carried over a single fiber, including techniques such as time, wavelength, and mode-division multiplexing. The industry is also able to leverage other fiber types (in certain applications).  One such fiber type is graded-index polymer optical fiber (POF), which holds up better than traditional glass optical fiber during bending and stretching, is less expensive, and easier to terminate. This type of fiber has become more useful in such applications in recent years, due to improvements which overcame some of POF’s earlier limitations, such as minimal bandwidth and distance.

Data rates up to 10 Gb/s are now achievable with graded-index POF, along with low attenuation of about 10 dB/km at standard communication wavelengths of 850 nm and 1300 nm over 100 m. These characteristics make graded-index POF well suited for connecting the huge number of small cells required by 5G, which don’t require long cable runs and are extremely cost-sensitive.

There are many other advances taking place in almost every area of optical communications, from optical modulators to switching, add/drop multiplexers, reconfigurable optical add-drop multiplexers, signal processing, detection schemes, optical network system architectures, and many more. Many of these developments will make it possible to bring the benefits of fiber to wireless fronthaul and backhaul, increasing throughput while keeping cost in check.

Another very important trend is also taking place: convergence of optical (wired) and wireless technologies that traditionally operate independently of each other to create fiber-wireless (FiWi) broadband access networks based on passive optical networks (PONs) and wireless mesh networks (WMNs). The approach effectively provides a “future-proof” solution based on the virtually unlimited bandwidth but fixed (and thus limited) availability of fiber networks and the ability of wireless networks to cover vast areas. That is, high-capacity optical fiber is used to span long distances while lower-cost wireless links transport the signals over the last mile to the users.

The result is the ability to increase penetration of both wired and wireless networks—moving fiber access closer to the end user—while reducing operating and capital expenses and supporting the creation of emerging applications and services. The concept isn’t new as Fi-Wi networks have been deployed for several years, but the need for such bi-modal integration has now become critical for 5G. There are many challenges associated with effectively implementing Fi-Wi as the two domains have very different requirements. That said, development activities covering all aspects of Fi-Wi have increased in recent years and they will likely play a significant role in serving 5G in the future.

As fiber is an essential ingredient for achieving widespread availability of 5G, the industry has no choice but to roll it out as quickly as possible, at least in densely populated areas. The estimated spend will inevitably be far higher than expected, and there are still many complex issues which must be solved. It remains to be seen if the monetary incentives the FCC has put out to the telecommunications industry will be enough motivation to service providers to make 5G-level access available in rural areas. If they are, fiber will be the transport technology achieving it.

tags: Infinite Electronics Inc.
previous Tying Data Collection in the IoT to Business Goals
next Bandwidth in the 20s (the 2020s)