Transmit/receive (T/R) modules are at the heart of all radar systems employing beam-steering phased-array antennas. These active phased-array radars (APARs) typically require solid-state T/R modules with high-output power, low-noise figure (NF), high third-order intercept (TOI), and sufficient gain in order to function properly [1]. Since the T/R module is 40-60% of the overall RF front-end cost, it is imperative to use an architecture that meets all requirements with the most cost-effective technology, such as monolithic microwave integrated circuits (MMICs), and a minimal bill of materials (BOM). This article overviews various solid-state semiconductor technologies for T/R module development and describes a design methodology that includes the modeling/analysis of a T/R module. A basic functional block diagram of a simple T/R module structure is shown in Figure 1.

This article examines several design challenges, including the impact of architecture selection, determination of performance parameters, and methods for modeling the individual module components at the behavioral level for reliable system simulation. Three T/R module architectures are analyzed to highlight the tradeoffs that must be made between different performance parameters. Tradeoffs for an optimal architecture for a given set of requirements will be considered. The proposed T/R module architectures are based on commercial off-the-shelf (COTS) components suitable for X-band and Ku-band applications. Modeling and analysis of the T/R module is performed using Cadence AWR Visual System SimulatorTM (VSS) system design software within the AWR Design Environment software platform (now part of Cadence Design Systems, Inc.)

The choice of a particular process is based on the required performance parameters of the module and type of functionalities being considered for the implementation. Generally, a single semiconductor technology cannot offer optimal performance for all T/R module subsystems—for example, Si is optimal for baseband DSP, but not for RFPA design. However, the latest system-in-package (SiP) technologies support integration of high-power and high-efficiency GaN PA and LNA modules with a core SiGe or Si chip on a common substrate to produce a cost-effective and compact T/R module.

The advantages and benefits of solid-state semiconductor technology can be demonstrated using an APA system. Older transmitters often used a single high-power traveling-wave tube amplifier (TWTA) transmitting through a beam-forming network (BFN) into individual antenna feeds. The TWTA is a vacuum-tube device and, as such, has limited reliability and lifetime, requires a high-voltage supply, and is highly nonlinear. The BFN is required to shape the transmitted beam for the application’s required ground coverage, making optimum use of limited transmitter power. Since the BFN is handling many hundreds of watts, it is impractical to employ electronic control of the BFN, hence it is carefully designed using waveguide plumbing.

Alternatively, in the case of a solid-state transmitter, power amplification can be distributed to drive individual elements of the antenna array, hence the individual PAs are well within the power limits of many commercially available solid-state devices. This improves lifetime and reliability, lowers the voltage supply requirements, and allows PAs to operate in power back-off for excellent linearity. Also, since each antenna feed can be driven by a separate amplifier, the phase and amplitude of the signal can be individually controlled with electronic attenuators and phase shifters to support electronic steering. In the satellite payload, this gives the operator the freedom to reconfigure the coverage patterns to match demand while the satellite is in operation. In a radar system, the beam can be steered electronically very quickly and can track fast-moving and multiple targets in a fashion that is impossible with a traditional mechanically steered antenna system. Since adaptive phased-array antenna systems have hundreds of T/R modules, solid-state MMICs are essential because they give excellent reproducibility in a small footprint.

There are numerous technical issues involved in developing T/R modules, including:

By providing designers with the means to define a virtual prototype for analysis and design optimization, system-level computer-aided design (CAD) tools play a critical role in addressing the technical concerns above. Individual component blocks, represented by models that capture their expected electrical performance, can be configured into various architectures to determine the component values and arrangements for optimum performance. By using high-level behavioral models, designers can easily perform RF link budget analysis, adding greater component performance details as they become available.

When beginning a T/R module design, it is important to consider the overall specifications and investigate the potential architectural choices; mistakes in the architecture design of a T/R module can lead to sub-optimal systems [3]. Performance must be optimized in several key areas. Efficiency, linearity, output power, and power gain are particularly important for the transmitter, while gain, noise figure (NF), third-order intercept (TOI), dynamic range, and amplitude/phase accuracy are significant design drivers for the receiver.

The cascaded RF system budget analysis of the transceivers can be investigated using two methods. The first method uses Friis analytical formulas and spreadsheets for calculating the link budget performance. Commonly derived metrics include transducer gain, cascaded noise factor, and cascaded third-order intercept (IP3). The cascaded operating point transducer gain (C_GT) is the ratio of the power delivered to the load to the power available from the source (Equation 1):

When two or more tones are present in a nonlinear device, intermodulation products are created as a result. A power series describes all of the possible combinations of generated frequencies. Third-order products lie near in frequency to the two input tones and are therefore very likely to fall in band at the output. As a device is driven farther into its nonlinear region, the amplitudes of the third-order products increase more quickly than the input tones. If the device as not limited in output power, then the power of intermodulation products would increase in power until they were eventually equal in power with the amplified input tones. The power of the 3rd-order products can be predicted when the IP3 is known, or the IP3 can be predicted when the relative amplitudes of the third-order tones and the input tones are known.

The output IP3 (OIP3) is calculated based on Equation 4, where PFund is the power of one fundamental tone and IM3 is the IM3 product. Calculating the cascaded values for IP3 for the system budget requires use of rations for gain and power levels for IP3, shown in Equations 4 and 5:

An alternative method uses VSS system simulation software to model the individual components and perform the cascaded measurements. Using this platform, the designers can further the system development by optimizing the design, begin developing its physical realization, and verify its performance with more rigorous circuit/EM analysis. In addition to being a more comprehensive design tool, the advantages of using VSS software over the Friis formula/spreadsheet approach is that the latter does not account for the reflected power due to impedance mismatches between components, nor does the spreadsheet approach account for the noise at image frequency as well as spurious tones in the signal chain that arise from nonlinear blocks such as the amplifier and mixers. With VSS, the measurement can display either the overall cascaded IP3 versus frequency, or the IP3 at each block at specific frequencies. When displaying at specific frequencies, the IP3 can be displayed as either cascaded from the starting point to the block, or as the contribution of each block. For OIP3, the values are displayed at the output port of the block. For input IP3 (IIP3), the values can be displayed at either the input port or the output port of the block.

As mentioned, the cascaded third-order intermodal product (C_IM3) is the estimate of an ideal two-tone input. The RF budget analysis simulations conducted with VSS include an ideal two-tone simulation, where the two tones are infinitely close yet distinct. The power of each of these tones is one-half the total power of the signal. Nonlinear RF blocks with odd-order nonlinearities contribute to the third order (2,-1) IM products, tracked as part of the simulation. The separate T/R chain module block diagram was defined, and all the individual component parameters were set up in VSS software, as shown in Figure 2. Behavioral models with defined parameters were used to represent the individual blocks. Separate corporate feeds for transmit and receive paths (represented by wires in the schematic) connect to an isolator/circulator component which feeds a single connection to the radiating element (antenna). The transmit and receive paths have separate phase-control components.

The next T/R module architecture, which uses a shared phase shifter between the transmit and receive chains block diagram is shown in Figure 3. It features a single corporate feed for both transmit and receive, with a single connection to the radiating element (antenna). Table 2 provides the analytical results.

The final architecture, the common-leg chain module, is shown in the block diagram in Figure 4. It also uses a common beamformer for both transmit and receive and a single radiating element connection, but shares much of the receive chain components with the transmit path. Table 3 provides the analytical results.

Different antenna systems require different priorities in performance tradeoffs. The common phase shifter module in Architecture 2 will be attractive in a system with rigorous requirements on system sensitivity. If the system linearity and dynamic range are more important, the separate transmit and receive chain module in Architecture 1 provides the best performance, but with increased complexity and system cost. The common-leg approach in Architecture 3 provides most of the TOI performance of the separate T/R chain ,but with a significantly increased level of integration and lowered system cost.

Three T/R module architectures have been presented in this article, each having advantages and disadvantages depending upon the application. The modeling and analysis capabilities in VSS system design software provided simulation results that enabled detailed parameter versus performance tradeoffs between the different architectures, including a cascaded RF budget measurement for gain, cascaded NF, cascaded TOI, and cascaded intermodulation distortion (IMD).

Multisim/Ultiboard for Low-Frequency Simulation and Layout 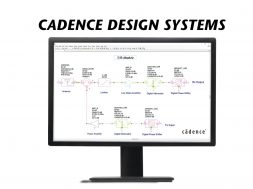